“The most important thing is to try and inspire people

so that they can be great in whatever way they want to be.” 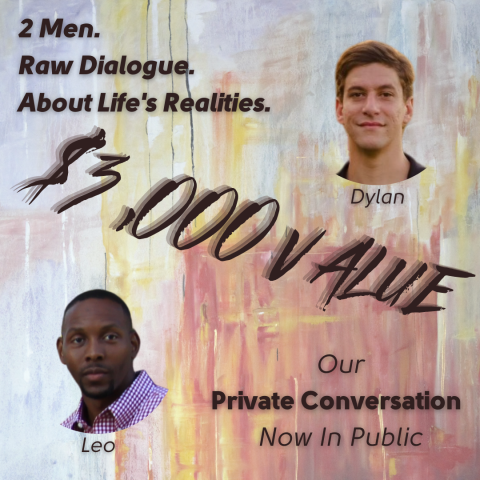 In this episode of $3,000 Value, some intriguing questions about words are tackled. How powerful are words? Are you aware of the impact that words really have in your life? Would you like to know if you regard words in the way that you should?

Spy in on Dylan and Leo's private conversation being had in public with you invited.

In this episode of $3,000 Value, a tough subject is discussed that is often times not tackled objectively. Is there a difference between bias and racism? If so what is it? Would you like to know if there is a difference and what it might be?

You guessed it...Spy in on Dylan and Leo's private conversation being had in public with you invited to answer your questions. 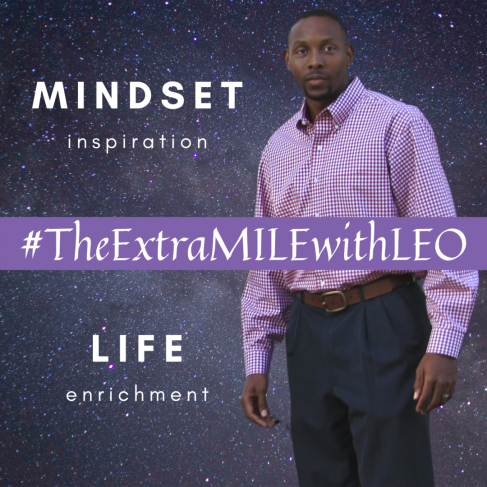 Whether it's verbally articulated or not, when something fresh and new emerges, it is very difficult not to be curious about the point of it. Well, we're starting this podcast off with dealing with the point of #TheExtraMILEwithLeo. We're going to get into why this podcast exists and what it means for the value of your mindset and life. Deeper than that, we are going to reveal what point, related to mindset, matters the most with a little help from lyrics of Tobe Nwigwe.

What should be listened to? Who should be listened to? We tackle these questions. We're also taking it up a notch and expanding on where we left off last week. We'll be drawing inspiration, again, from Tobe Nwigwe, from Jim Rohn, and from Beyonce's character from Dreamgirls in her riveting performance of the song, "Listen" to advance the content and context of this episode.

More important than Make America Great Again, it is important to Make Potential Great Again. Why is this? How is it accomplished? What does it mean for now and later? It's much bigger than President Trump or any political agenda. This is mindset inspiration of a different kind.

What would you think if you saw a teenager riding off in a Chevy Corvette? Would you think it was a good idea for them? Believe it or not, what you thought and how you thought says a lot about your mindset. This episode addresses 2 mindsets you could have about this situation. The question is, which one do you choose?

If you were trying to meet an expectation and were excellent in executing with a 95% accuracy but did not deliver on 5% that caused your loss, what does that mean? It means, "The End Sucked!"

This episode talks about how Leo's father's death is uniquely connected to the title of this podcast. The mindset inspiration in this episode is about saving lives, creating legacy, and protecting wealth. Just not in the way you think.

There is a little bit of discussion about Leo's audiobook, My Daddy TOLD Me He Was Murdered. This will be a valuable podcast only if you are willing to challenge yourself to see the reality for what it is.

The reason may shock you. Then again, it may not do anything but upset you. It may even make you excited. Regardless, at least you will know why Donald Trump doesn't pay taxes.

Do you know how powerful the 3 letter word 'but' is? Put quite simply, it is more powerful than you realize. What you think about this 3 letter word and how you use it will make or break you in your life.

Be sure you grasp this fresh perspective about 'but' and how powerful it is to enrich your life.

Everyone wants profit. No wants to go bankrupt. What if what you are doing or not doing is causing you to have a bankrupt life?

We share a quote from Dr. Ravi Zacharias and a critical formula in business to help you get clear on which life you have vs the one you want.

Do you have this syndrome? Maybe you do and don't know it. You've probably never heard of it. It is very real and dangerous.

What is the cure? The cure will be shared with a little help from the perspective of retired NFL player, Corey Jackson.

If you don't have this syndrome, tune in anyway. You are sure to be inspired!

Much has happened since the last episode. One thing is that a song of ancient Hebrew text was happened upon in a unique translation. The words of the entire song were overwhelming and inspirational is a valuable way.

There was a portion of this song that were most wonderful and intriguing.

This needed to be shared with you. It couldn't be shaken.

Not sure how much you or someone you know needs this. Regardless, it's something you need to know. Sure to inspire! 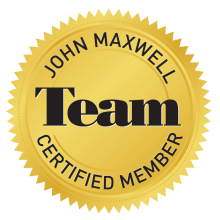